Turbulent Start To 2021 Dashes Hopes Of A Less Eventful Year

This week 2021 has shown us that it is determined not be outdone by 2020 and it’s off to a fast start. The scenes in the US Capitol were shocking, both symbolically  – a losing candidate’s supporters storming parliament is the stuff of failed states – and practically. How could the world’s largest superpower have its entire legislature put under siege by a small mob? It should take more than a few hundred idiots to come this close to threatening their own government. Had they been armed with more than just flags and selfie sticks the results could have been very different.

Elsewhere, while Republicans rush to distance themselves from Trump’s inevitable implosion, they were also distancing themselves from power, with control of the Senate now in the hands of the Democrats following the run-off elections in Georgia. This won’t mean a free-for-all for progressive policies, as moderate Democratic senators still hold the balance, but policies with broad support, like increased fiscal stimulus, seem more likely and getting Joe Biden’s new cabinet confirmed should also be easier.

US: SENATE ELECTIONS PUSH TREASRY YIELDS BACK ABOVE 1 PER CENT

The double victory in Tuesday’s Senate run-off elections gave the Democrats control of the upper house in the US. As a result, president-elect Joe Biden has at least two years of (slender) control of Congress to advance his legislative agenda. Biden has already promised further economic stimulus, including support for smaller businesses, saying the new $900bn stimulus bill is a ‘down payment’ on future assistance.

The Democrats’ slender advantage in the Senate means radical reform is unlikely, but markets are reacting to the changed outlook. The yield on US 10-year Treasuries pushed above 1 per cent for the first time since March last year and the US dollar has also continued to slide in value. Last year the dollar index fell 7 per cent and it has continued to depreciate this year, with the euro and sterling at their highest rate against the dollar since early 2018. This week’s election has also boosted smaller companies and value stocks as investors anticipate greater stimulus and inflation. 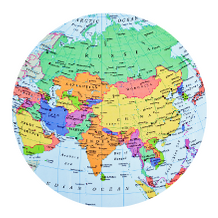 The strong performance of Emerging Markets in 2020 was driven by returns from China and South East Asian equity markets and this has continued into the new year. While Europe is facing a winter of shutdowns and restrictions the economic recovery in Asia continues as it benefits from the lower rates of coronavirus infections.

A weaker dollar and anticipation of more US stimulus have helped boost demand for Asian equities as we start 2021. Meanwhile China starts the year as the major economy in best financial health after limiting damage done by the coronavirus outbreak. The Shanghai Composite index hit its highest value in 13 years earlier this week, the Nikkei index in Japan is at its highest value since 1989 and the South Korean Kospi index hit a new all-time high today. The MSCI Taiwan index is up 43 per cent since it passed the previous high in June last year, and it has added another 4.5 per cent this month.

The last-minute change to Christmas coronavirus restrictions put a damper on many people’s plans but fuelled a mini-boom in spending at the UK’s supermarkets. Sainsbury’s and Morrisons both reported a 9 per cent increase in sales over the Christmas period and Aldi’s sales increased 10 per cent. While sales of large roasting joints and turkeys fell, all reported a big increase in luxury spending on luxury items.

B&M Retail was another company which fared well over the Christmas trading period. It posted a 20 per cent increase in sales for the 12 weeks to Boxing Day as its status as an essential retailer enabled it to remain open through the whole period. These retailers have been among the businesses which have fared best during the pandemic and, with the UK potentially facing lockdown until Easter, they are well placed to weather the next few months.

For financial and insurance advice, Beesure are here to support you and your needs. Simply complete the contact form and we will call you back.

Photo by Ibrahim Boran on Unsplash

This error message is only visible to WordPress admins

Please go to the Instagram Feed settings page to create a feed.